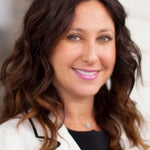 Karen E. Gross is Of Counsel to Carmichael Ellis & Brock, PLLC, as a clemency and pardon specialist.

Karen had the honor of serving as community director for the Austin Anti-Defamation League, a non-profit committed in mission to securing justice and fair treatment for all.  She oversaw the strategic growth and development of the office including the launch and implementation of the Austin/Travis County Hate Crimes Taskforce.  This community-minded initiative has the stated mission of reducing hate and bias throughout central Texas.

The exposure to principles of restorative justice for victims and offenders as well as meeting individuals mistreated by the criminal justice system inspired Karen to open a criminal defense practice in Austin in 2012.  There she gained on the ground experience navigating courtrooms and learning from some of the savviest members of the Austin defense bar.  Karen worked zealously to represent her clients and built a reputation around the courthouse for being prepared and effective.  Karen brings compassion to her representation and is committed to doing her part to achieve as beneficial an outcome for her clients as possible.

In 2016 Karen worked as a staff attorney with the Clemency Project 2014 in Washington DC.  There she not only represented individuals seeking federal clemency but also aided pro bono attorneys around the country in crafting and revising their petitions.  Over the course of 9 months she reviewed hundreds of clemency cases.

Karen is a fierce advocate for criminal justice reform and welcomes opportunities to contribute.  She believes that the system needs massive reworking and is proud to have contributed in a small way to reducing numbers of nonviolent drug offenders serving time in prison under antiquated and draconian federal sentencing laws.  Her work representing individuals seeking clemency from President Obama is among some of her proudest.

Karen has been recognized as a Texas Super Lawyer in 2016, 2017 and was proud to earn that designation again in 2018.

Learn more about Karen and her work with Citizen Discourse here.

University of Texas at Austin, 2001