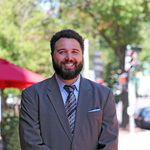 Nate Clark is an Associate Attorney at Carmichael Ellis & Brock, PLLC and a graduate from the University of the District of Columbia David A. Clarke School of Law. Nate is a passionate legal professional and works tirelessly to achieve the best possible outcome for his clients based on their unique needs.

Before entering law school, Nate served in the United States Army for 10 years as a paratrooper and intelligence analyst earning the rank of Sergeant First Class prior to receiving an Honorable Discharge. He is a recipient of both the Bronze Star Medal and a Purple Heart for his actions in combat while deployed with the 82nd Airborne Division in support of the Global War on Terrorism.

Nate is a native of Johnstown, PA, a former steel working town in America's “Rust Belt” rocked hard by economic recession and the national opioid epidemic. Inspired by the struggles experienced by the people in his hometown and his fellow veterans returning home from combat, Nate decided to pursue a career in law. Nate is a member of the DC Bar. His work at Carmichael Ellis & Brock spans security clearances, civil litigation, and criminal defense cases.

Nate has worked as a volunteer at local organizations committed to veteran's rights advocacy and has interned at the Department of Veteran's Affairs Office of General Counsel. He also works with various non-profit organizations as a mentor and life skills coach for veterans suffering from Post-Traumatic Stress Disorder, unemployment and homelessness. During his down time, Nate enjoys hiking, camping and fishing trips with his family and attending his daughter's sporting events.